BURGERLOVE, SOUTH MELBOURNE: Time for some urbex! Burger Love is tucked away in a little alleyway in South Melbourne, a short, yet windy path from the 96 tram stop. Previously called Cafe 51, Burger Love is a must-go place for those wanting a cheap, satisfying junk food fix guaranteed with high enough levels of fat and cholesterol to give you a huge fat step towards heart attack, diabetes, and stroke! That being said, the place is quite busy, especially with Ubereats orders.. we saw at least 10+ bags go out as we were sitting there. 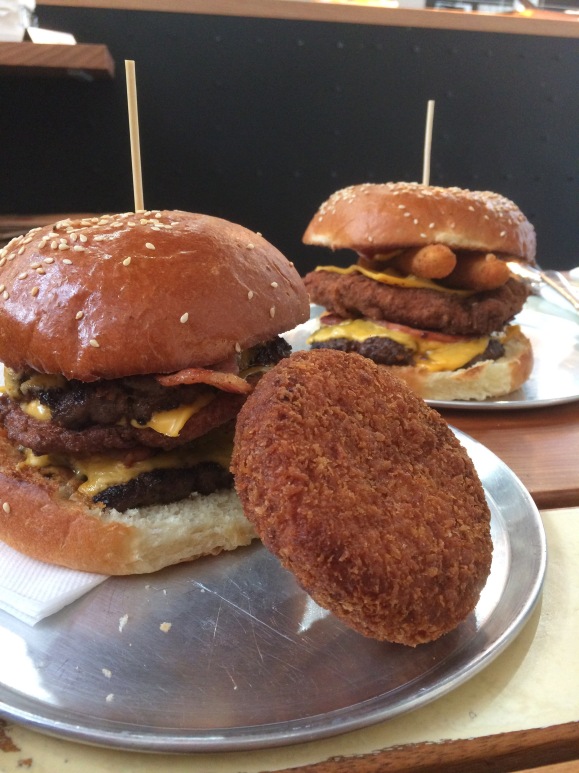 The good fat: Cheap, filling feed enough to fill both of us fat girls. So much meat… the patties were pretty tasty and the chicken was nice and crispy.  Definitely very satisfying for a meat-lover. The combo of these sauces and meats make for an overall very American-esque taste.

The bad fat: No veggies whatsoever… would’ve been nice to have at least a piece of tomato or lettuce just to SLIGHTLY bring back the meatiness of the patties. It also meant that the overall burger was a bit dry (especially the chicken) and VERY heavy. (the monotonous brown also doesn’t make this a nice instagram pic haha) The patties also could’ve been more juicy.

The good fat: mac and cheese!

The bad fat: This used to be an actual sphere which would’ve been amazing to watch the cheese leak out as it was cut open so we were utterly disappointed when we saw a small, depressing patty that kinda looked like a fat hash brown with pretty solid melted cheese 😦 The portion was small and the mac and cheese itself was very spicy – I would’ve preferred just a rich, cheesy texture instead.

Should you get fat here?

YES if you’re keen to throw the diet days well and truly in the past whilst keeping a fat wallet (and fat belly). But personally, not for me…